Although Apple recently switched over to its powerful silicon processor, Intel iMacs are considered outstanding computers. For those who enjoy using all-in-one technology, the iMac Intel-based gives you a lot of processing power neatly contained in one unit.

Our Apple iMac computer section is your complete source to find available used and refurbished iMacs. 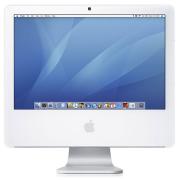 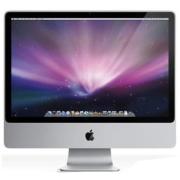 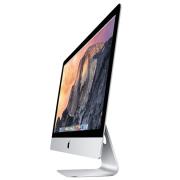 Intel-based iMacs are all-in-one desktop computers designed and manufactured from 2006 up until recent years. Before 2006 Apple was using PowerPC microprocessors for all of their computing devices, which were then supplied by IBM and Motorola.

Why Did Apple Stop Using the PowerPC Processor?

The PowerPC processor chip worked well, but as the industry continued to grow, the speed feature became paramount to Apple's success. The PowerPC chip generated too much heat and energy to power any lightweight laptop computer. So Steve Jobs and his team elected to find a better way to go.

Steve Jobs announced the change over to the Intel-based chip in 2006. Although it was intended to be a two-year roll-out, the company quickly changed its processor chip within the year. From that day forward, it was clear that the future of Apple devices would rely on Intel processors.

Intel Was the Right Choice

Rightly so, as Intel processors have been on the cutting edge of technology for over 50 years and were the world's largest semiconductor chip manufacturer. The chip has been the dominant force in developing the global computer industry.

Apple's 15-year Exclusive with Intel is Over

Until the last couple of years, Apple has used the Intel chip exclusively for each device in Apple's computers. We think the iMac Intel-based computers provide high value, regardless of age, and particularly at the phenomenal prices we provide.

What Caused Apple to Change from Intel Processors

One of the only reasons Apple recently switched from Intel to its own silicon chips is because Intel became synonymous with Microsoft in many tech professionals' eyes.

For power users who require the absolute best performance for things like video editing, 3D rendering, or other intensive tasks, the Intel (I9) is the more powerful processor! The silicon processors are also extraordinary. Your selection should depend on usage.

When Was the Apple Silicon Processor Released?

For those who aren't familiar with the two, the Apple silicon processor is fairly new. The first new chip was called the Apple M1 and was released in 2020 as a replacement for the Intel Core processor previously used in MacBooks, iPads, and other Apple products.

If you do not find the Apple device and model you are searching for, be sure to contact us directly. We are happy to locate any iMac, iMac Pro, Mac, MacBook Air, MacBook Pro, or Mac Mini models through our vast vendor source.

The Intel-based Apple computers will no longer be manufactured, which means even greater prices on refurbished and pre-owned iMac Intel-based computers.

Looking Today For an Intel Mac or Other Refurbished Apple computers?

If you need assistance, please call toll-free (800) 463-1322, locally (323) 463-5005, or email us at [email protected]. A friendly sales associate will gladly help answer any questions you might have about any Apple devices we are currently offering.

Our Promise to You

All of our Intel-based Macs carry a 90-Day Warranty from the purchase date. All items are in stock for immediate delivery.

Sign up for our newsletter to get the latest news about our company, your favorite products, and great deals.